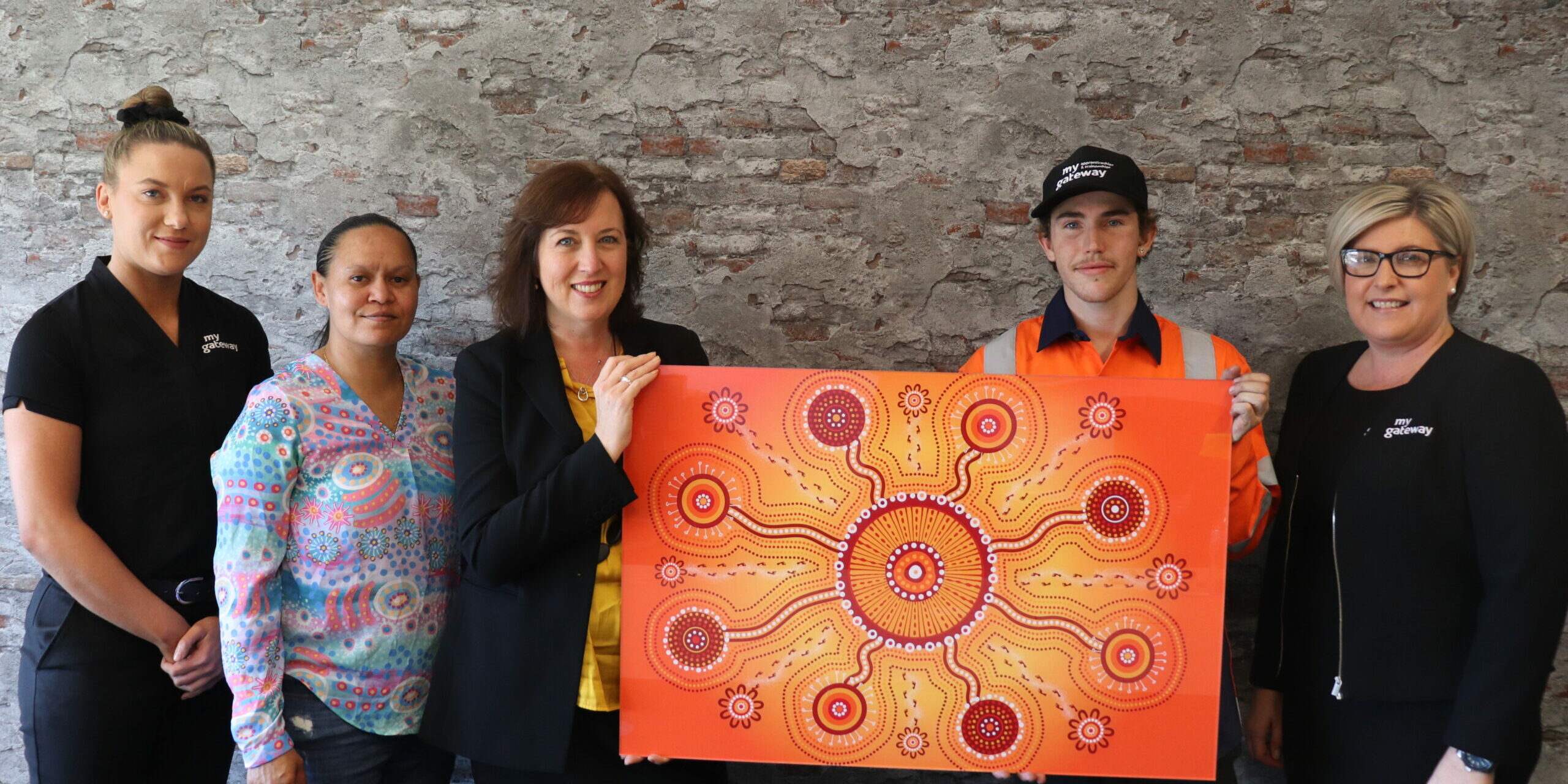 When the National Apprentice Employment Network (NAEN) was seeking Indigenous artwork designs for its website and corporate brochures, it was fortunate to be referred to brilliant Aboriginal graphic designer, Rhonda Sampson.

Rhonda is a proud Kamilaroi woman who has designed artwork for the Mental Health Commission of NSW, One Door Mental Health, Souths Cares, Youth Off the Streets and Inner West Council, to name a few.

In June last year, Rhonda was announced as the Regional Winner of the Aboriginal and Torres Strait Islander Student of the Year Award for Southern and South Western Sydney at the prestigious NSW Training Awards.

NAEN had heard about Rhonda and her work, thanks to the National Indigenous Australians Agency (NIAA), and she was commissioned to take a fresh look at NAEN’s designs to reflect the diversity of its apprenticeship, traineeship and employment activities across Australia.

Rhonda’s artwork, ‘Growing Futures’ has been a stunning success and has had a profound impact on NAEN staff and member organisations.

“It just took my breath away from the first time I saw it,” said NAEN CEO Dianne Dayhew.

“Rhonda seemed to have an instinctive feel from the outset about the type of organisation we are, the many young people we work with, and the way we want to engage with the community.

“It’s more than just a change of design – it’s had an uplifting effect on us all.”

The design symbolically depicts NAEN as the central element with branches extending to the apprentice employment networks in each of the states and territories.

“The footpath represents the journey of job seekers, apprentices and trainees,” Rhonda explains.

“Along that journey, everything intertwines from the individuals themselves, the job seekers, their host businesses and their communities.”

Based in Campbelltown in western Sydney, My Gateway is an NAEN-member GTO which is playing a pivotal role in Indigenous employment and training.

The NAEN funding enables GTOs around Australia to participate in these life-changing programs.

First-year engineering apprentice James Hunt is one of those who has been assisted through the My Gateway involvement in the program. James is undertaking a Certificate III in Engineering – Fabrication Trade with host employer, GDH Fabrication.

My Gateway facilitated James’ employment placement and apprenticeship and is currently supporting him during training and work placement.

NAEN employs some 25,000 apprentices and trainees across Australia and places them with host businesses. It will incorporate Rhonda’s designs into its materials and hopes to work with Rhonda in the future to help reflect its extensive work with Indigenous communities.

More on this story at indigenous.gov.au