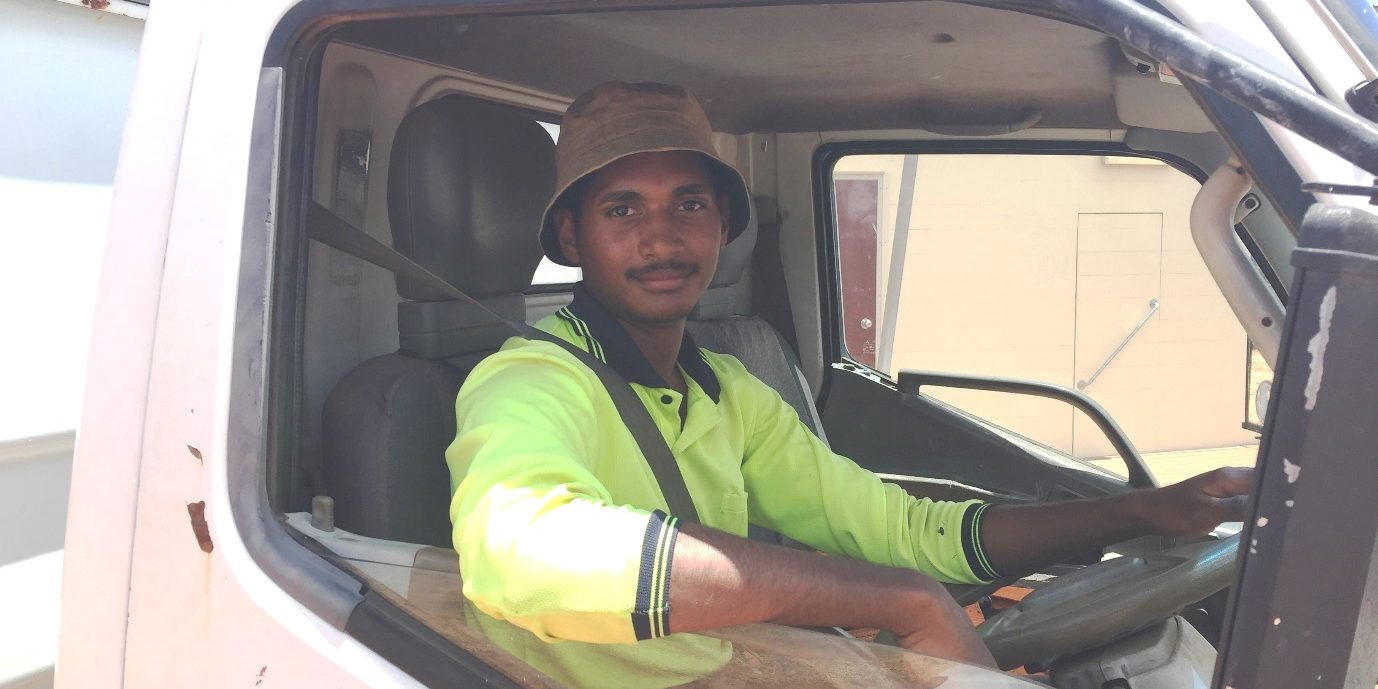 A former Kununurra Clontarf Academy graduate, Wilfred experienced a path full of twists and turns before deciding to pursue a career pathway in Carpentry and Joinery. Originally offered an apprenticeship when straight out of year 12, he was not able to continue on his trade back then.  In Wilfred’s words “I was not quite ready and did not know if that was for me. I wanted to have other experiences so decided at that time I had to move on”.

In the years that followed, Wilfred had the opportunity to live different experiences. While living in the remote WA outback town Halls Creek, he came to the realisation that he needed to further himself if he was to become a role model to his family and achieve his goals. “I saw many of the local youth in Halls Creek just hanging around and no aspirations. Moving back to Kununurra and pursuing an apprenticeship as a tradesman became my goal”.

In 2016 Wilfred decided to approach KGT and became a part of VTEC. He was supported by his Field Officer Rene’ Harbers who helped him kick-start his career. Wilfred joined the KGT VTEC Industrial Skills pre-employment program, which saw him acquire key skills to transition to employment. At that time he already showed signs that he had matured his ideas around pursuing a trade “The pre-employment program made me sure that’s what I wanted to do for my life”, he says. On completion of the training Wilfred was offered a week trial with CWD Builders to what followed securing full-time employment with KGT while hosted at local company MGC Building and Construction Pty Ltd. And that was just the start of a journey marked by achievements.

Wilfred’s employer set a challenge: if Willy set his mind to it and obtained his driver’s licence as fast as possible, he would be rewarded with a $100 voucher to get tools to help him with his trade. Plus, he would be able to drive the company vehicle to get to job calls easily. Wilfred lived up to the challenge and is now the proud owner of a new car Licence. He is looking forward to using his prize to go ‘tool shopping’ with his supervisor. “I am glad I finally got my licence. The support I received from my supervisor and KGT was very encouraging too. Whenever I felt down they picked me up and made me believe I could do it”.

Wilfred is a fantastic example that pre-employment programs do work. In remote towns, they offer intensive one-on-one support to disadvantaged participants who need it the most. No doubt Wilfred (locally know as Willy) has revved up his career to new heights.

KGT looks forward to seeing his story unfold and also would like to acknowledge VTEC, Department of Prime Minister and Cabinet and the National Apprentice Employment Network (NAEN) in the achievement of this successful employment outcome.